Lessons of intolerance from the Alava Provincial Government 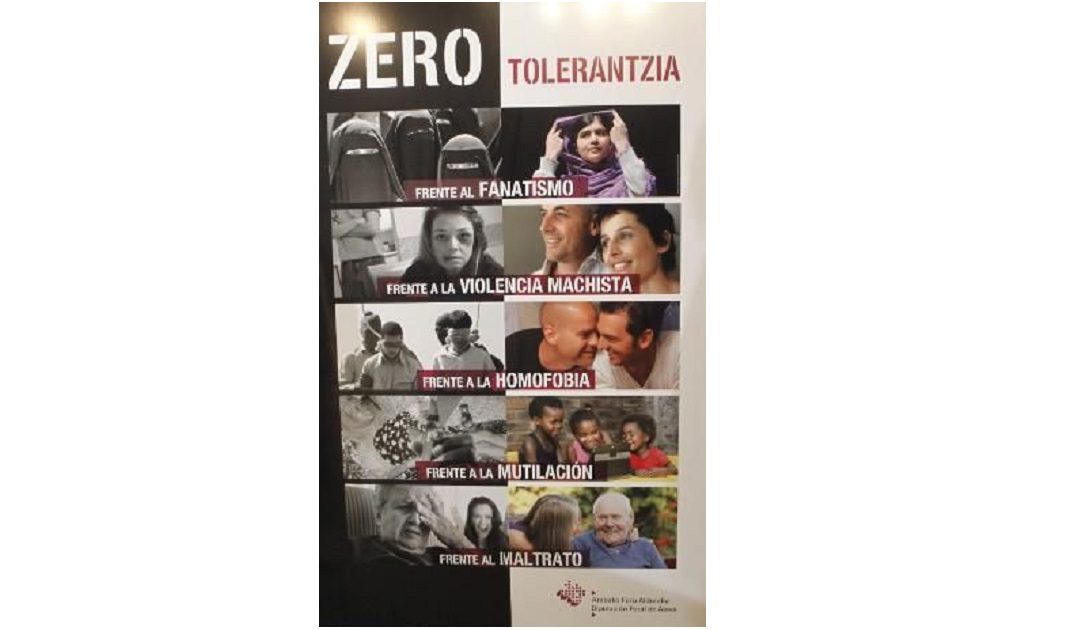 Lessons of intolerance from the Alava Provincial Government

This is an article I contributed to with my friends and colleagues from Argituz, Josu Oskoz and Juan Ibarrondo, back in March 2015. It then seemed that for the Alava Provincial Government, the main human rights problems suffered by the citizens of Alava were religious fanaticism, violence against women, homophobia, female genital mutilation and ill-treatment of the elderly. It is of course a very serious matter not to have mentioned the intolerances that have had a real incidence in Basque society (without, of course, thereby undervaluing those that appear in the poster) and to substitute them with others which are evidently serious but with a minimal incidence in society in Alava. But it is a matter of even more concern to behold the concrete examples used to illustrate each of such instances of human rights abuse: in those pictures the perpetrators are always dark-skinned. We strongly believed then, and still believe now, that the intention was to kindle the fire of hatred used later in the electoral campaign. Those then in government, those who kindled such fires are no longer in government. But they have not learnt the lesson that xenofobia and politics cannot mix without consequences. And unfortunately it might be necessary to apply the same medicine in the future.

As with all the other articles I have participated in, it is my intention to translate this article in due course. Once I do I shall publish its full translation here. Until then, you can read the article in its original versión in the links below:

This article was published in