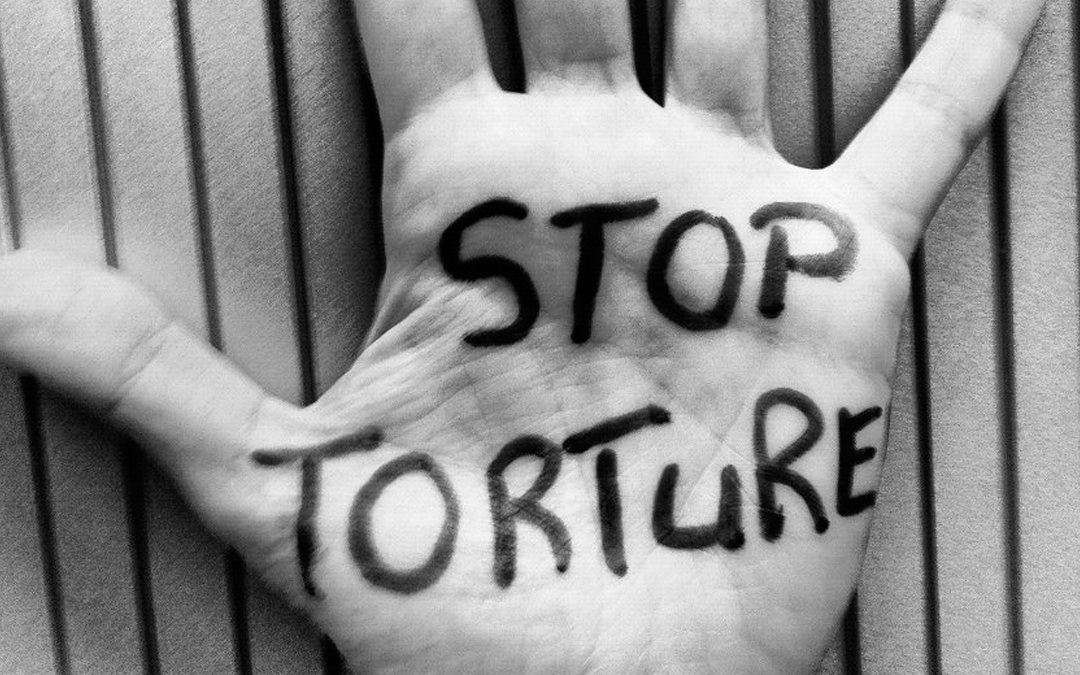 This article, signed by my friend and colleague Benito Morentin and I, is the first article written by Argituz on the matter of torture. It was also the starting point of work carried out by Argituz and several other organizations, namely AEN, Ekimen Elkartea, GAC, Jaiki-Hadi, OME and OSALDE and which eventually produced the report “Incomunicado Detention and Torture”, the Spanish version of which can be consulted here and the version in Basque here.

Twenty six years have passed since Amnesty International published its “12 Points for the Abolition of Torture” in 1984 and its report on torture in Spain which takes us right up to the sentencing in the Egunkaria case. This case, in particular, has been of special significance because some of the judges in the Audiencia Nacional (National Court) emphasised they could not understand why what was happening in the cells was not being investigated and controlled, given the existing forensic reports. During this time the Spanish government’s response to these reports of torture and ill treatment has been simply to deny them, that is, when they are not actively prosecuting the individuals who have made such reports. Confronted by reports from the European Council Committee for the Prevention of Torture or from the United Nations Rapporteurs on Torture, the government’s response has also always been outright denial or simply to look the other way.

Cases of torture have been taking place with varying frequency throughout recent history, especially in the context in which judicial guarantees do not function in an effective manner such as during incommunicado detention, or in those cases in which specific protocols, such as the use of video cameras and the effective intervention of forensic doctors and lawyers, are not applied. This also happens in cases of arrests of immigrants, in which there are even lesser guarantees.

The Egunkaria case sentence was not the only one in which the Courts of Justice illustrate this lack of investigation. An example of this is the latest sentence from the European Court of Human Rights dated last 28th September (the San Agimiro Isasa case). In this instance, once again, there was question as to why investigations were not carried out when there was evidence that pointed to cruel, inhumane and degrading treatment. But this also happened in a recent pronouncement by the Constitutional Court (the Sara Majarenas case), which forced investigation and obliged Court no. 14 in Valencia to reopen and adequately investigate a report of torture that had been dismissed in 2006. The key point here is, therefore, the issue of impunity.

Impunity is not only the absence of justice, but also the lack of investigation, the lack of collaboration or political will to eradicate such practices. This includes a tendency to minimize such cases in respect to their degree of importance or simply deny their mere existence; especially in the cases of arrests that have been generally considered harsh, and even with clear evidence of ill-treatment; for example with regard to forensic reports on the physical and mental state of the detainees (for example in the Portu and Sarasola case), and with a strong tendency to insensitivity when confronted with such practices.

The terrible consequences of ETA’s violence, including the dead, wounded and threatened, cannot condone the obligation that the state has in terms of prevention and investigation of torture cases, as well as a civic awareness in terms of respect for human rights.

This is not a matter of faith. When reports are made they should be investigated in an independent manner, and guarantees during arrests should also effectively be controlled in order to confirm or dismiss such cases. One cannot argue that such an investigation could dirty the good name of the State Security Forces. A lack of investigation is a dirty stain in itself already.

The frequency of torture cases has changed over these last few years. It has transformed from being systematic during the times of the transition to very frequent during the mid-eighties to the mid-nineties, and to its current rate of somewhat less frequent nowadays. Successive reports, however, show that it has not yet disappeared.

What has remained unaltered is the attitude of denial and the lack of clarification of many cases, either because it was not possible to obtain proof due to the very conditions in which the incommunicado detention took place, or because it was not possible to identify the perpetrators, because of a lack of police collaboration. In the very few cases in which these obstacles were pushed aside and judicial sentences were obtained, punishment was light and in many cases took between 15 and 20 years to reach the sentencing stage. Also in a number of these cases the perpetrators were pardoned. Furthermore, the rate applied to calculate compensation is still based on the criteria used for traffic accidents. Such victims have not benefited from any moral recognition. In the meantime, the UN Rapporteurs or those from the Committee for the Prevention of Torture have continued ratifying in their reports the fact that the Spanish government does not pay heed to their recommendations, the problem is still that they are denied and unattended.

In the Basque Parliament Monographic Plenary Session on Victims of Terrorism held in October 2007, the Basque Government Human Rights Directorate was commissioned to carry out a detailed and rigorous report on the reality of other victims of human rights violations derived from politically motivated violence. This report, presented in June 2008, was later updated and completed with an annex carried out by an independent team of forensic doctors. In that study, an analysis was made of over 900 arrests in incommunicado detention over the 2000-2008 period, including 300 written testimonies (judicial reports) from individuals who declared that they had been subjected to ill treatment or torture. In it, over 500 medical and forensic reports and some 200 judicial declarations before the central court in the Audiencia Nacional were also studied. The new method of analysis insisted of filtering all that information analysing the degree of coherence and reliability. If those who say they were tortured were lying, the confirming of the various sources (what they say in their reports, what the forensic doctors say, what the judges pick up in their papers) would detect it. Data from this study show the complexity that contradicts any alleged instructions received from ETA. For example, they showed different patterns of ill treatment in different police corps, the harshest of which shows up in cases of incommunicado detention by the Guardia Civil, depending also on whether incommunicado detention is prolonged or shortened, or on whether the detainees are men or women as well as the method of torture reported, also vary from one police corps to another. Another factor is whether the existing prevention protocols are applied or not.

When speaking about the issue of torture, silence speaks volumes. And this has been the case for too long. Public administration cannot turn this into a taboo subject. In terms of prevention, it is necessary to guarantee the fulfilment of the intervention protocols, which have proven their effectiveness. With respect to the cases of the past, in which there has been a lack of investigation and much impunity, it is necessary to set up an independent mechanism of evaluation that contributes to the recognition of the victims and a realistic evaluation of the cases.

The Basque government has a golden opportunity in their report on the other victims that is pending publication to advance in this direction, so that the victims of torture and ill treatment are not once again shoved to the sidelines of history.

By Benito Morentin and Andres Krakenberger, in representation of the Argituz Pro Human Rights Association