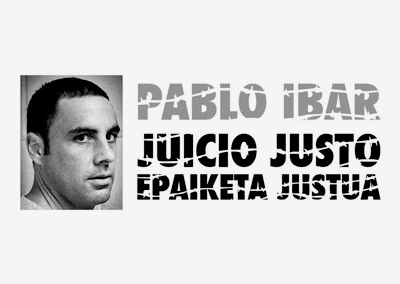 The aims of the Association are:

• perform actions aimed at obtaining financial resources to pay for Pablo Ibar’s defence expenses. Pablo Ibar was sentenced to death in the United States in 2000.

I joined the Association in 2006, after the first negative ruling by the Florida Supreme Court confirming Pablo Ibar’s death sentence.

Since then I have been responsible for the association’s spokesmanship tasks, as well as for fundraising and institutional relations, which have allowed us to pay for the appeals to the Broward County Court first (2009) and then again to the Florida Supreme Court, where we argued that the death sentence pending on Ibar should be declared null because the trial in which he was sentenced to death in 2000 was flawed because he did not benefit from the effective defence counsel he was constitutionally entitled to.

The Broward County Court did not agree with us in 2009, which is something that was expected up to a certain extent, because it was the court that had condemned him to death in 2000.

However, in February 2016, the Florida Supreme Court revoked Ibar’s conviction and death penalty and ordered a retrial by the Broward County court.

We are currently in the early stages of organizing the retrial.

I carried out all these activities on a volunteer activist basis until February 2016.

Since then I have been commissioned to work full time in order to move forward with the final phase of Pablo Ibar case, especially in terms of fundraising.

You can visit the Pablo Ibar association website at www.PabloIbar.COM (in Spanish and Basque)